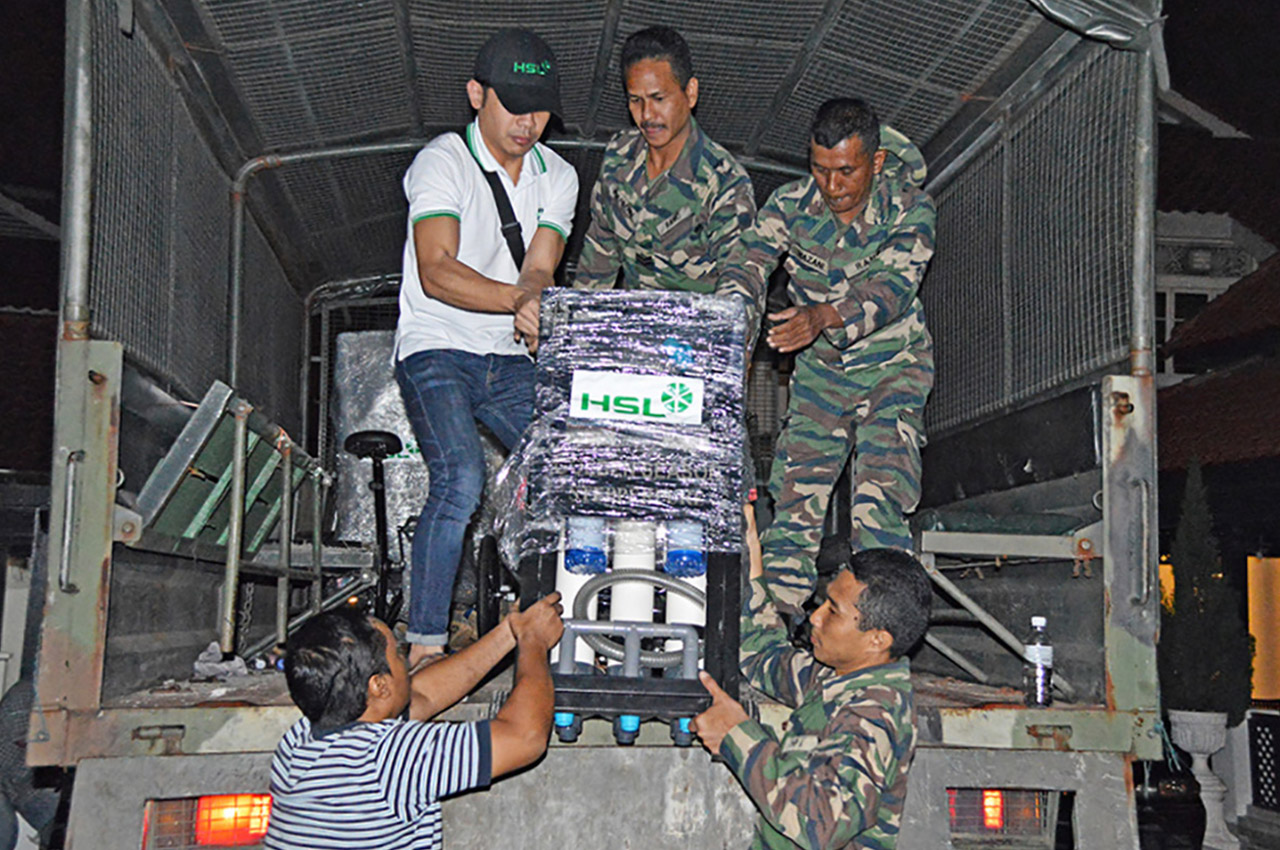 Friday, 2 January — The Corporate Citizen Foundation together with SEED partner local marine civil engineering and construction firm, HSL, sent its disaster response team with an initial tranche of aid worth RM 95,000 in response to the massive and destructive floods afflicting the communities of Kelantan, Malaysia.

Continuous torrential rainfall brought by the Northeast Monsoon that hit the Philippines, Thailand and several regions of the Malaysian Peninsula over the Christmas period witnessed the most massive and destructive floods in Malaysian history with the state of Kelantan being the worst hit. As of 31 December 2014, the severe floods in Kelantan have claimed at least 14 lives, with around 158,000 forced to abandon their homes, and peaking at 247,100 populations affected in total.

With major concerns of inadequate clean drinking water and spreading of water-borne diseases within the community due to the contamination of water sources, the four-man HSL team worked with the local community to deploy manually-powered water filtration systems to the affected locations. These included 3 units of the PedalPure ultra-filtration membrane systems (which churns out 700 litres of clean water per hour) and 2 units of the StepPure ultra-filtration membrane and carbon systems (1300 litres of clean water per hour). Facing issues on the evacuation of the flood victims due to inaccessible roads and bridges, 2 units of inflatable 6-man boats with outboard motors (9.8 horsepower) were also dispatched, amounting to a total value of RM 80,000 worth of relief supplies.

Scenes of devastation across the state of Kelantan, Malaysia, one of the most severely hit areas by the massive floods.

HSL staff and the local community displayed a sense of camaraderie, as the relief supplies are loaded to the truck before distribution to the affected victims.

(left) HSL’s response team personally delivered RM 15,000 worth of food packs and hygiene kits to the affected communities in Kelantan. (right) HSL personnel explaining the mechanisms of the PedalPure and StepPure water ultra-filtration systems to help address the critical issue of water shortage across affected areas.

In addition to its emergency relief efforts, staff, familes and friends of HSL donated a sum of RM 15,000 as part of its fundraising initiative.