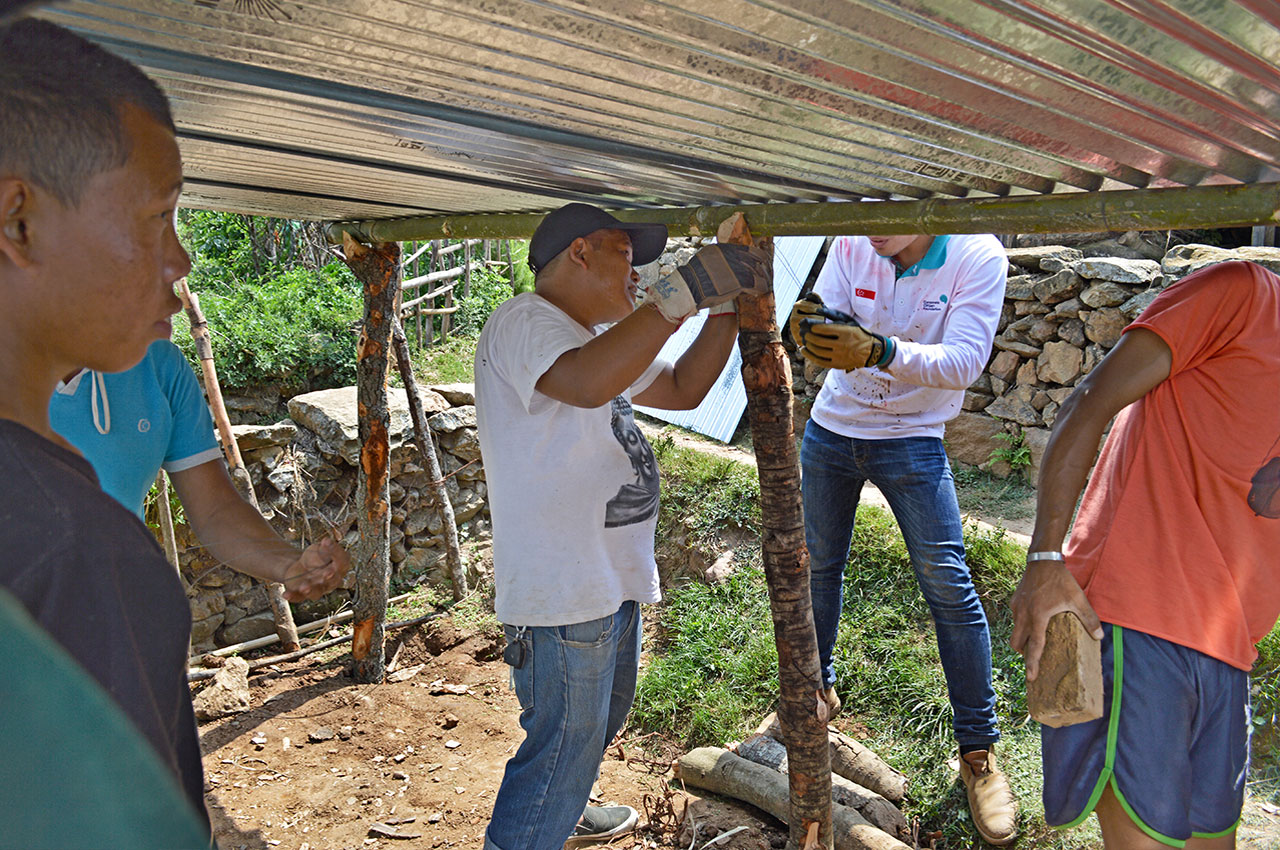 CCF Nepal Quake Update #02 – Poor sanitation and hygiene due to ‎lack of clean water has seen a sharp increase in dysentery cases. Further loss of fluid due to dysentery, exacerbates dehydration and loss of energy amongst the survivors, increasing their vulnerability to illnesses and diseases.‎ ‎Upper respiratory infection (URTI) cases are also on a rapid rise. Medical supplies including painkillers, antibiotics and anti-diarrhoea are urgently required. 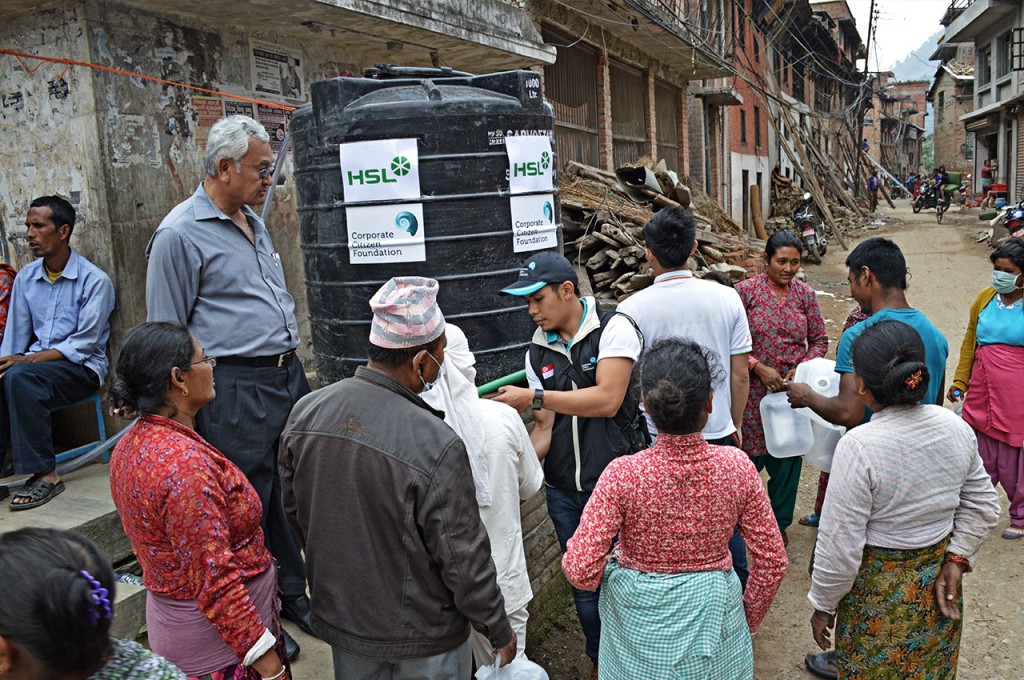 Water distribution at Kokhana, on the outskirts of Kathmandu, in partnership with the West Patan Rotary Club. Over 1000 collapsible jerry cans were distributed to facilitate access to clean water.

(left) Distribution of collapsible jerry cans at Bandipur, a 5-hour drive from Kathmandu, which were partially donated by Interion Pte Ltd. (right) Three units of the StepPure and the jerry cans were donated by HSL Constructor’s staff who held an internal fundraising and raised over S$20,000 in a day.

Temporary shelters to replace tents and sanitation facilities will need to be urgently built with the impending monsoon just weeks from now. With fresh and fierce quakes, authorities and aid agencies are facing a mountainous challenge in coordinating relief and recovery efforts, given that the pockets of fresh and old devastation spread across wide areas of the country.

The initial ground evaluation was made by Singapore’s Corporate Citizen Foundation’s SEED (Swift Emergency Evaluation deployment) teams which spent 10 days in Nepal following the 7.8 magnitude earthquake on 25 April 2015 that has so far killed around 8,000 lives. The first SEED team arrived 2 days after the quake struck. A second team followed on 6 May 2015. Both teams have returned safely to Singapore, and preparing for the next course of assistance. 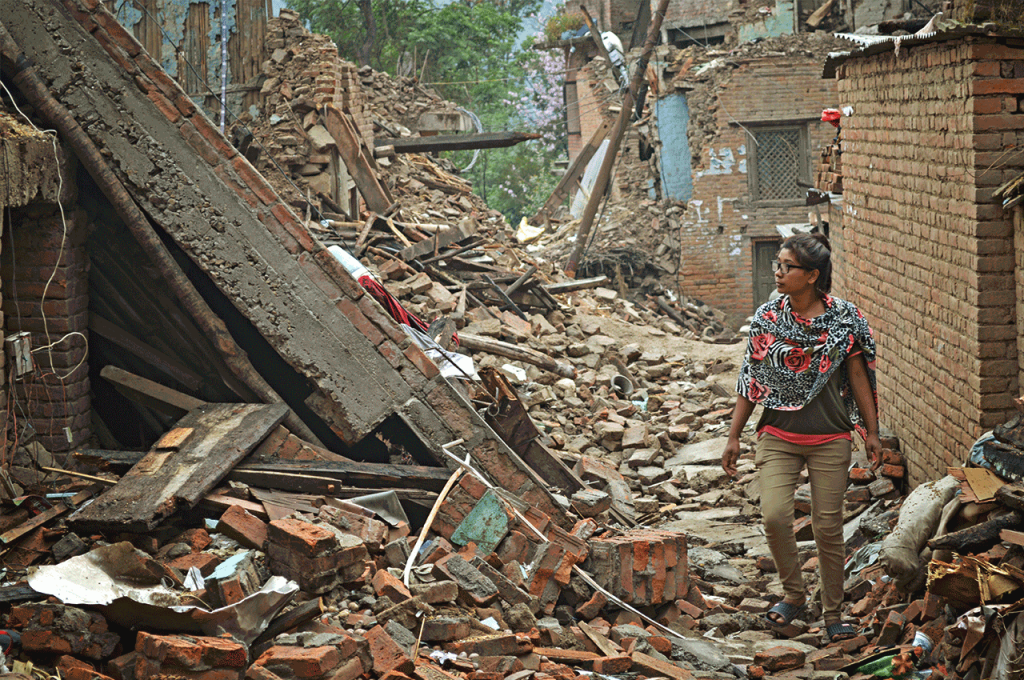 (from top) Devastated homes in Kokhana, Naypathi and Bandipur. Temporary shelters need to be urgently built with the onset of the monsoon in a few weeks. Tarpaulins and tents will not provide survivors with adequate cover from heavy rains and strong winds. 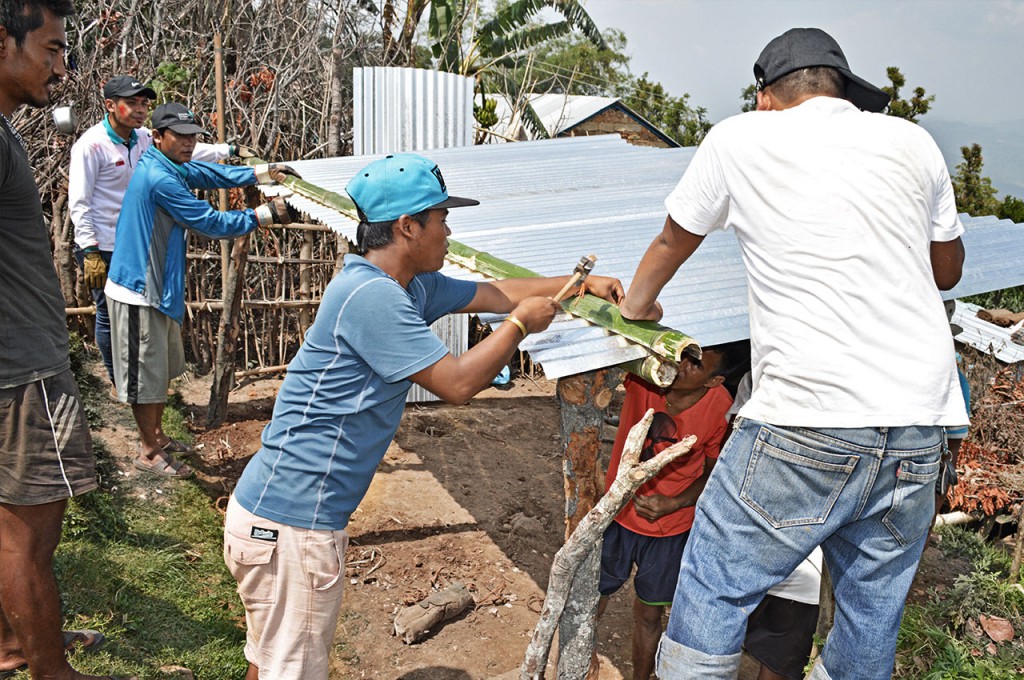 Rehabilitation (Temporary Shelters) – Tarpaulins and tents which sheltered the survivors in the immediate aftermath of the quake could not provide adequate cover from heavy rains and strong winds. Zinc sheets were distributed to help erect more durable shelters to last through the monsoon season.

Procurement, delivery and distribution of zinc sheets for 200 families across, Gorkha, Bandipur and Kokhana.

SEED’s main mission is to address areas of acute and critical needs; make early and accurate assessments of the ground situation, and disseminate the evaluated findings.